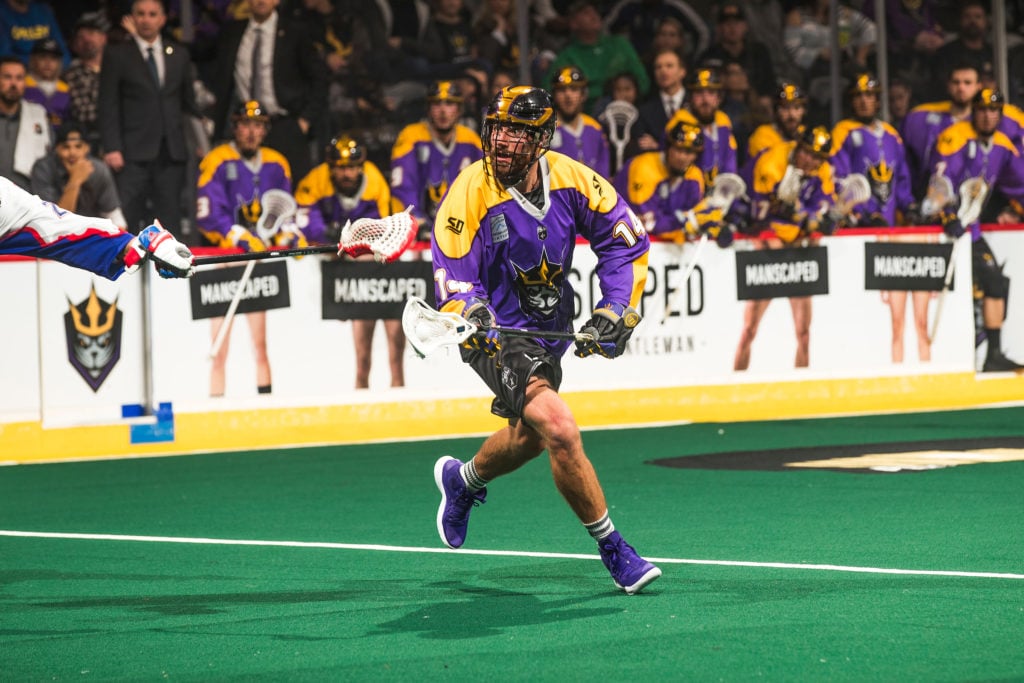 The San Diego Seals are back home at Pechanga Arena for a tough Friday night matchup against division rival and defending league champion Calgary Roughnecks.

Coming off a bye, the Seals are champing at the bit for another opportunity to put themselves in the win column and exact revenge against the team who knocked them out of contention last season in a dramatic 12-11 Western Division Semifinal game.

“We’re going to be very motivated going into Friday night. They ended our season last year and we’ve developed an ongoing rivalry with them. We’re looking to find our game and get back to the way we know how to play, and there’s no better opponent to do that than the Roughnecks,” said general manager and head coach Patrick Merrill.

The Seals are currently sitting at the bottom of the West Division with an 0-2 record. A win tomorrow night would put them right back in the mix, however, as the other four NLL West teams are tied up at 1-1.

The slow start hasn’t been entirely negative for a young San Diego team that looked competitive in their 13-10 season opening loss to Buffalo – they allowed 3 goals in the final moments of a game that was otherwise evenly matched. The 13-6 final score of their loss to Toronto wasn’t quite indicative of their performance as they notched some victories on the stat sheet and found a ton of offensive firepower in forward Wesley Berg. Berg, a former Roughneck, has a team high 6 goals and 5 assists through the first two games of the season, putting him fourth among all NLL forwards in offensive production. Another bright spot has been the 3-time Tewaaraton nominee Connor Fields, who looks promising coming off his injury-shortened 2019 season with 3 goals and 2 assists through two.

Coach Merrill remains hopeful that the forward unit will gel around Berg, saying, “Wes has been our best player over the first two games. Our forwards need to work on finding chemistry and being more productive as a whole, but Wes will be a catalyst for our offense all season.” Coach Merrill also cited the need for the team’s “virtually nonexistent” transition play to improve if they are going to have a chance at beating Calgary Friday night.

The Seals have 10 new names on the roster this season and they are still learning how to play together in just the second year of the expansion team’s tenure. “We have a lot of new faces and we need to become more of a team. We have a really good group, but it’s not about the names on paper, it’s about how 25 guys come together and work towards a common goal,” said Merrill.

The Seals will need to heed Coach Merrill’s words on Friday night if they want a chance at knocking off the 1-1 Roughnecks, who are coming off an 8-7 overtime loss to Colorado last week and are currently 1-0 on the road after a decisive 12-7 late November win in Vancouver.

The game marks the first of three meetings between the Seals and Roughnecks this season, and despite the nascency of San Diego as an expansion team, the contest has already turned into quite the rivalry and is shaping up to be must-watch lacrosse.

Faceoff is at 7:00pm PST/10:00 pm EST at Pechanga Arena in San Diego, California. The game can be watched on B/R Live.