Stealth Face a Win-And-In Scenario Versus the Mammoth 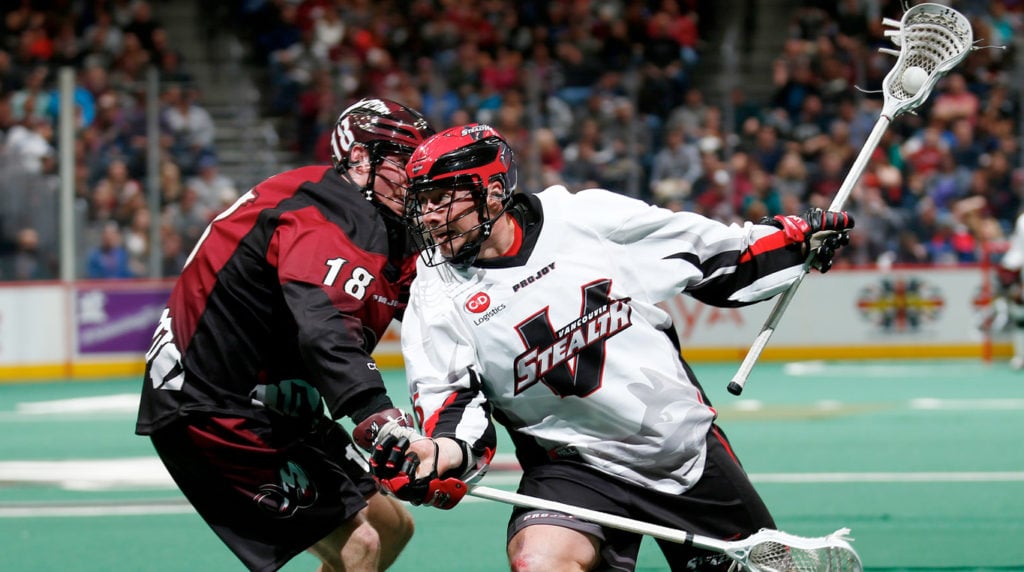 Win and they are in. Simple as that for the Vancouver Stealth.

The Stealth are hosting the Colorado Mammoth on Saturday night (7 p.m. PST) at the Langley Events Centre on Fan Appreciation Night.  It is the fourth and final meeting between the National Lacrosse League rivals and a Vancouver victory would ensure the two rivals would meet in the opening round of next month’s playoffs.

Colorado (9-7) has already clinched a post-season berth and the Stealth are hoping to join them.  And should Vancouver beat the Mammoth for the third time, it would also keep alive the possibility of the Stealth overtaking Colorado for second place in the West Division and hosting the Divisional semifinal game that first week in May.

But first, Vancouver knows they have to focus on this week.  “It is one step closer to getting into the playoffs (but) we still have lots of work to do,” said Stealth defender Ian Hawksbee, after last week’s colossal 15-11 win over the Calgary Roughnecks.  Calgary (7-10) needs the Stealth to lose both of their remaining games while winning their regular season finale on April 29 in order to leapfrog Vancouver the final playoff spot.

The Stealth need just one win or a Calgary loss to earn their first post-season berth since relocating to Langley in 2014.  “It is good that we have control; we don’t have to rely on anyone else,” Vancouver coach Jamie Batley said.  The Stealth will need to do something which has not been done in 2017 in the season series between the two clubs: win on their home floor.

Vancouver has won twice in Denver  — 15-9 in early January and 10-6 in March — while Colorado returned the favour at the LEC with a 10-9 overtime win in February.  But the Stealth have been better on their home floor the second half of the season.  The squad struggled, losing their first four games at the LEC this year, but have rebounded to win three of their past four home games.  Offensively, the teams are evenly matched, with Vancouver averaging 11.75 goals per game compared to Colorado’s 11.63.  Corey Small sits second in the NLL in goals (39) and fourth in points (97) as he looks to crack the 100-point plateau for the first time in his career.

Rhys Duch is also coming off his most productive game of the season after scoring twice and registering nine points last week. Duch sits tied for eighth in league scoring after posting 16 points the past two games. By comparison, he had 21 points in the preceding six games combined.

Colorado is led by Callum Crawford’s 33 goals and 90 points.

Last week’s win against Calgary was also a good bounce-back for Belanger after getting pulled the week before when he allowed six goals on 20 shots.  Belanger stopped 39 of 50 shots against the Roughnecks.