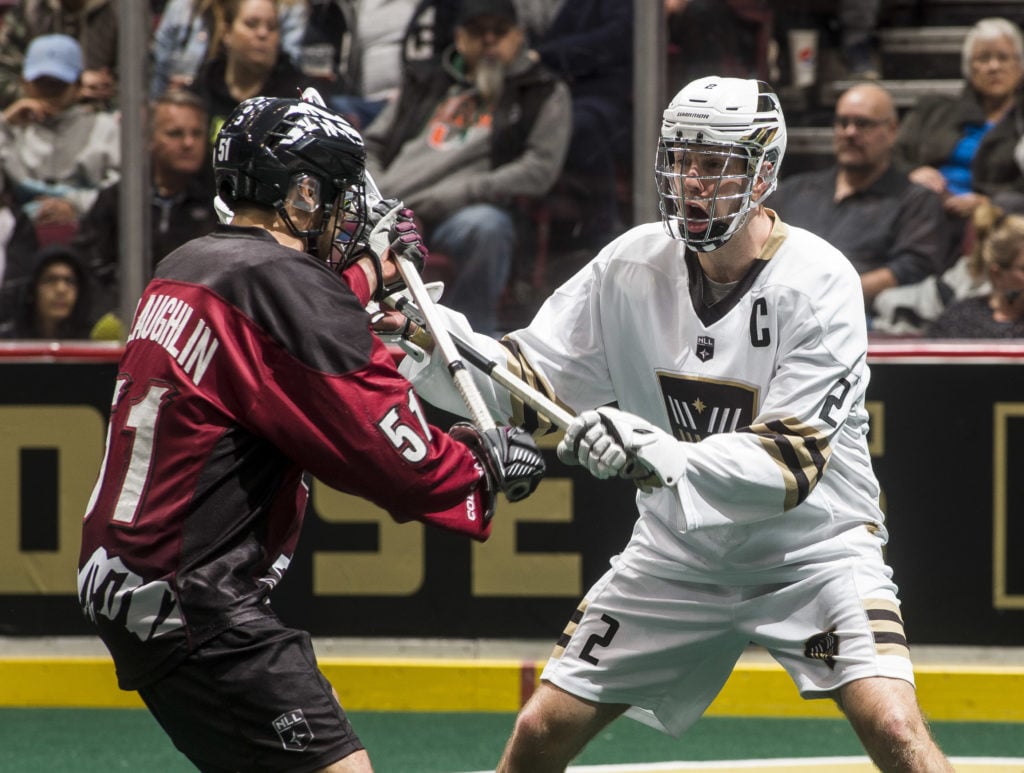 The West Division standings are still wide open heading into Week 15, but the Warriors double-header against the Colorado Mammoth could make the playoff picture a little more clear.

The Warriors and Mammoth are fighting for the final West Division playoff spot (although there’s still a possibility they’ll secure a higher seed). With the home-and-home starting on Friday in Vancouver, there’s a variety of situations that could take place and have immense consequences.

Because the Warriors won the lone match between these two earlier this season, they only need to win one of the two games this weekend to secure the season-series and have an advantage in the standings. However, if the Mammoth win the game in Vancouver and the following game on Saturday in Denver, they will hold the season-series advantage and leave the Warriors with a hill to climb with only four games remaining.

But neither team is looking that far ahead, though. Each game holds its own weight and both coaching staffs understand that both games are essentially playoff games. The Warriors have had their adjusted video package ready since last weekend and are getting the team physically and mentally prepared for the busy weekend ahead.

“These guys have had [back-to-backs] every year, and that guys do it every summer, it’s just a little longer of a travel this time,” said Gill. But, I think our management has a good travel plan for us and a good food plan for the players, so we’re going to embrace it. Honestly, though, we just want to take care of business on Friday night and then focus in on Saturday after the game and get our travel in.”

“We’re trying to get everyone’s mindset ready for the massive weekend we have ahead of us.”

One factor that could give the Warriors an advantage is the fact the Eric Penney and Aaron Bold have played numerous minutes this season, and at quite a high-level – particularly Penney who leads the league in Goals Against Average (GAA) at 9.69. There’s been no decision yet if both Penney and Bold will start a game this weekend, but it’s definitely a possibility according to Gill.

“We’re going to play it by ear,” Gill said of making goaltending decisions. “We’re not one hundred per cent set on what we’re going to do. We have two really good goalies that we’re confident in, but that’s one of our options.”

Regardless of who starts in net, both teams have been playing strong defensive lacrosse and that could spell for a grind-it-out type of game. Mammoth head coach Pat Coyle is a defensive wizard and Gill and Warriors defensive coach Clayton Richardson are having their guys leave it all on the floor while playing disciplined lacrosse. We may see a couple of low-scoring affairs, but both back ends will come to play.

“Over the past two or three years when I was in Colorado, we focused on defence and playing structured lacrosse and I don’t think anything has changed this year,” said Gill. It’s definitely going to be a grind-it-out style of game where discipline is going to be massive.”

“No matter what, we’ve got to limit our mistakes, especially if it’s a grind-it-out type of game. We’ve got to play smart and buy in for a full 60 minutes.”

Warriors goaltender Eric Penney agreed with coach and emphasized this level of intensity he expects in both games because of the West Division rivalry and because of where both of these teams sit in the standings.

“When there’s a home-and-home, especially on back-to-back nights, you know the intensity is going to be even greater,” said Penney. “Guys will remember this from the game before and it definitely feeds into a playoff-like environment. This weekend is very big for both organizations, but if we can come out with two wins, that would be awesome.”

Rogers Arena will be electric on Friday when the Warriors and Mammoth face-off at 10:00 PM EST. It will be the last home game in March for the Warriors and they won’t return until April 14th when they face the Philadelphia Wings.