Jamieson To Miss Remainder Of 2017 Season

Rochester Knighthawks star Cody Jamieson announced today that he will have season-ending surgery to repair his ACL and will miss the the remainder of the 2017 National Lacrosse League campaign.

Jamieson returned to the Knighthawks lineup on Saturday and assisted on Rochester’s first two goals on his first two shifts. Midway through the first quarter, Jamieson left the game and did not return.

Over his seven seasons in the NLL, Jamieson has won three Champion’s Cups and two Championship Game MVP honors. In 2014, he became only the second Knighthawk to win league MVP honors. He ranks third all-time in team history in goals (199), assists (329) and points (528).

Read Jamieson’s letter to the fans: 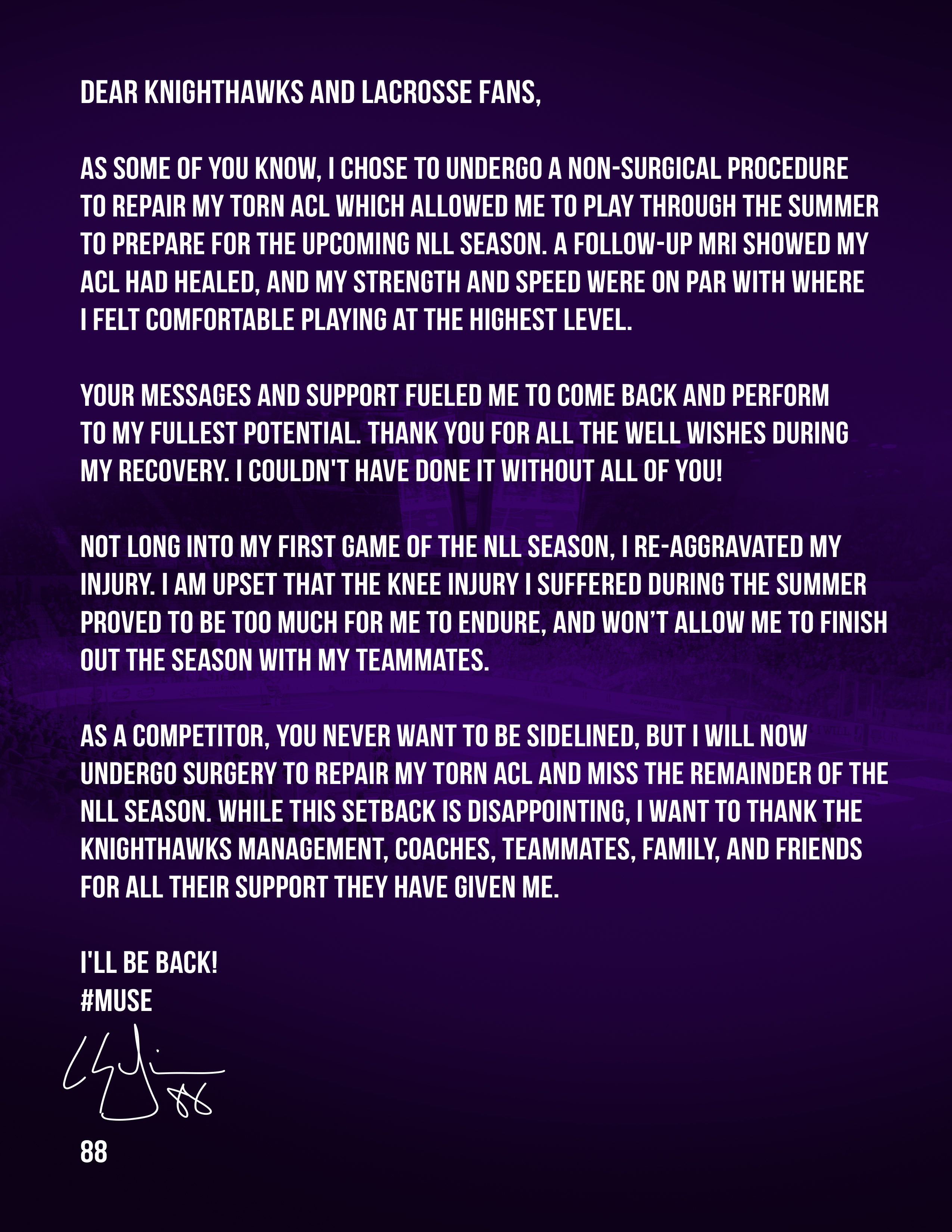